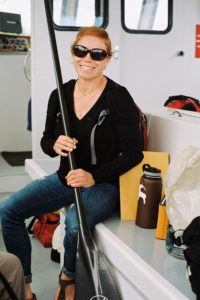 My Rolfing® sessions are not a passive experience; the client participates in the session. This has several benefits. Participation brings awareness to areas of the body where previously there lacked familiarity. Specific movement is often asked for as I work to free a particular area. This movement, coupled with the manipulation of connective tissue, greatly increases the degree of the release. Deliberate, attentive movement, guided by the Rolfer™ re-educates the muscles and neural system, creating a new, more efficient and graceful use of the limbs and body as a whole.

Since I became a certified bodyworker in 2002, I have been trained in multiple modalities and worked with many different individuals. I mingle my intuition with these experiences, use sound judgement and listen to the client in order to assess their emotional and physical condition. This helps determine how to proceed and with which method or approach. My clients often comment how one session is always different from the next. I find this to be the case because we are always changing and what we need is also changing. This is what I find most exciting; the ability and willingness for the body to change when given the appropriate opportunity and space.

I only went out for a walk and finally concluded to stay out until sundown, for going out, I found, was really going in.

Hanni’s career in bodywork was prompted by a quest to understand her own chronic health issue. This rare condition stumped her health care providers and she was left to take medication that only produced side effects. During her senior year at Middlebury College, Hanni was introduced to yoga, Reiki and foot reflexology. Amazed by the positive results and almost immediate change, Hanni gained a new perspective on health and what it meant to listen to your body and find the answers from within. Inspired by this discovery, she decided to explore the world of hands-on therapy and enrolled in The Utah College of Massage Therapy.so a tai chi practitioner, student of Kai Ying Tung and Falling Waters School of Tai Chi Chuan since 2002.

While at school, she realized how much she enjoyed working with others and witnessing their own growth. After her training at UCMT, she moved back to Vermont in 2002 and opened her private practice, Green Mountain Bodywork. Soon after moving back, Hanni was in a skiing accident and suffered from an open compound fracture in the right tibia and fibula. After three surgeries and one year on crutches, she started practicing tai chi as a way 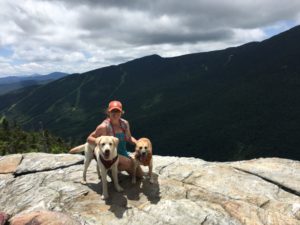 to rehabilitate and find balance, in life and in her body. After many years of studying tai chi and working in her practice, the concept of balance became more and more important. In 2012, the opportunity arose to study at the Rolf Institute of Structural Integration®. It has been the perfect compliment to her interests surrounding balance and graceful movement.

Hanni lives in Ripton, Vermont with her loyal dog, Harlow.  Harlow joins Hanni at the office, happily greets clients and provides relaxing background sounds of sighs and the occasional snore.  If you have allergies, please bring this to Hanni’s attention.

Awesome. I have it.

Your couch. It is mine.

Im a cool paragraph that lives inside of an even cooler modal. Wins